June 24, 2018
Educators, if you're looking for a quick, fun game for your class that also serves to help everyone see things differently, more creatively, then try this "FUNctionality" activity.

This is a game I developed with the help of my students the latter part of the year. It's been through a few iterations already and I present it in its most recent, and balanced, version.

Before we begin, let me ask you this, how could you use the object in the image shown below? 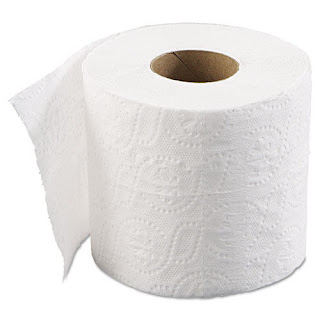 For most people, a single purpose comes to mind and I'll go out on a limb and assume that I don't have to describe it. However, for students playing our game, this object spawned a wide range of uses that included, cleaning up spills, writing messages, drawing circles, dressing up as a mummy, measuring the length of something and stuffing a pillow or stuffed animal.

This little game doesn't take much, just literally the things you have around your classroom, and a stopwatch (you can use your phone). Gather your students in a circle and be sure everyone has something to write with and a small piece of paper to write on. A simple Post-It note will usually do the trick.

If this is your first time playing, you may want to already have a few items in mind to set aside. We'll get to the requirements of those objects in a moment. Whatever you do, don't let the students see your stash of items, each must be a surprise so keep them out of sight.

Once the students are all circled up, they can be standing or sitting, take an object and place it in the center of the circle. It usually adds an extra air of mystery if you have a way to cover and "reveal" the object at just the right moment.

Tell the students that once you show the object, they have 1 minute to write down a plausible use for that object. Their goal is to write down an unexpected, but realistic use for the object. You'll probably want to give them an example so everyone is on the same page. With that in mind, take the example below: 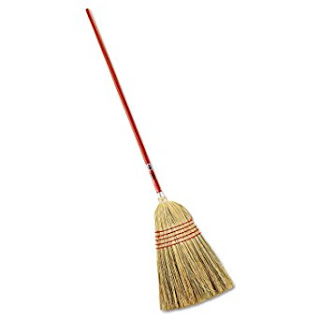 You get the basic idea.

Next, reveal your actual object and start the 1 minute timer. Students can examine the item if necessary, but they can't break it, or take it apart. Once 1 minute has expired, it's time to score the round.

You can start with any student in the circle and ask what they wrote down as their use. You can have the student read it, but in some cases I've found it more humorous to read it to the class for them (especially the really odd ones).

The other students then have 3 possible reactions: if they believe the use is plausible, meaning you could actually do it, then they simply applaud their approval. Their second choice, is to not react at all, which means that they don't believe the task the student is suggesting could be pulled off with the item. No matter how hard you try, you're not going to go to the moon with a broom.

The third option for students, is to raise their hand which signifies that they wrote down a similar use on their paper.

If more students applaud than don't applaud, AND no other students raise their hand with a similar use, then the selected student is awarded one point.

If the students that are silent outnumber the students applauding, then the student has one chance to explain their use to clarify how they intended to use the object. When he/she is done, the students vote again. A negative response the second time means the student didn't earn their point.

Another great benefit to this game is you can play it as long as you want. Play one or two rounds for a quick game, or allow it to go longer if you have the time. Everyone plays in a standard round.

If you have multiple students tied at the end of your standard rounds (which is pretty common), then you play one more final round in order to find your winner.

Gather your highest scoring students in a circle and hand one of them a final object. The student with the object has 10 seconds to state a use for the object. As long as the class agrees it's a valid use, then student passes the object to the next person in the circle and he/she has to state a different purpose. If any student duplicates a use, or can't name a new use within 10 seconds that student is out of the rotation.

You simply continue until you have one student remaining, which is declared the winner.

There are a few things you might want to keep in mind before and during the game.

First, until you've played the game a few times and gotten a sense of objects that work and don't work, I would recommend selecting a collection of objects to try before the game begins. Set them aside, hidden and out of the way. Give the items a quick test by seeing if you can come up with 5 or more possible "uses" for the object. If you can't, it's probably not a good object to go with. I found it best to try to vary the size of the objects. From a roll of duck tape, to a mop or broom, give them a wide range of shapes and sizes to play with.

Next, some of the answers are going to be funny -- go with it but never MAKE FUN of an idea. There's a big difference between having a funny answer and being made fun of. Remember, fear is the #1 killer of creativity and you always need to insure that you've created a "fear free" environment.

What Does This Do?

Like I said in the beginning, this game focuses on getting students to see things in unexpected ways.

This game forces them to break down even a simple object into smaller, simpler parts, to stop looking at things by their label only.

Can you see the types of conversations this type of spark could lead to?

It is also about creative thinking and finding creative solutions. The 1 minute timer adds an element of speed an urgency to that thinking. It accentuates the need to be unique, to stand out.

Honestly, I have the most fun watching the creative uses the students come up with, along with seeing some of the interesting defenses they use to sell their ideas.

Try it out in your classroom and let me know how it goes. If you find ways to change it up, I'd love to hear how it went.

March 24, 2018
The weeks are counting down and we're nearly at the end of our first Genius Hour period. Students are putting last minute touches on songs and poems. They're polishing book layouts in Adobe inDesign, furnishing virtual houses in SketchUp, and they're practicing their dance moves. As we wrap up week 8 of Genius Hour there a few special things to note. Juniors are BACK! First, is that our juniors have just returned from their nearly 2 week long professional internships with companies and organizations around the area. I was dying to circle up and hear about those experiences, but they already lost time last week and I wanted to give them as much time as they had available. I was also aware they spent a couple of hours debriefing earlier that morning. Spring Is Here Next week is Spring Break! Most students will use that time to take trips, visit theme parks, and relax, but I have heard mention from several students or groups that they still have a little work and practic
30 comments
Read more