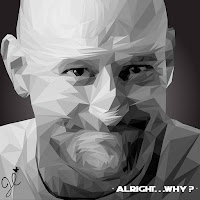 Hi, my name is Todd Cowden, or "Mr. T" as my students like to refer to me. I currently teach Graphic Design and Advanced Graphic Design to grades 9-12 at Village Tech Schools. I say "currently" because it usually varies from year to year. Some years I'll teach Graphic Design, while others I may have teach Digital Interactive Media or Web Development. It really just depends on what the need is for that school year.

Even though the label on the class may change from year-to-year, the basic point of what I teach never does. Under the hood, I teach creativity. You can call it "critical thinking" or "problem solving" or whatever you like, but my primary goal is to get students to see things differently.


I want students to be able to look beyond the barriers they once saw and make the impossible -- possible.

I guess I'm well suited for teaching this Swiss Army Knife selection of career tech classes since I've spent the vast majority of my professional career in various creative industries. I've been the Creative Director of a multi-billion dollar worldwide music company, created the website for illusionist David Copperfield (talk about a guy that considers nothing impossible).  I've created websites for Dragon Ball Z, online games for Lucasfilm and Universal Pictures, and mobile games for National Geographic. I've even helped "gamify" Pepsi's online University program to make it more engaging and appealing to their employees.


In many ways, my entire career has been about seeing things in different ways, or doing things that had never been done before.

Teaching, as an official job title at least, is a relatively new thing for me.

This is my forth year teaching at a public charter school known as Village Tech Schools. I love this school because it is anything but ordinary. We don't have normal things like school bells or lockers. We have xClasses, which are classes about almost anything; Classes like "Chess", "Holiday Crafts", "Duct Tape Art", "Wilderness Survival", or "Comic Book Illustration" are just a few of the wild examples. These special classes can be taught by teachers, subject matter experts, or even high school students themselves.

We have half-day Wednesdays where the students are dismissed at lunch. And we have a "maker space" called "the Forge" that would rival most top tier Universities. We teach Design Thinking beginning in Kindergarten. We specialize in teaching student character. We partner on projects with businesses in our community, like the Dallas Zoo. The point is, we are anything but ordinary.

Oh, make no mistake, we are still held to the same rules and standards for testing as other public schools, we just approach it in a very different way. We're always looking to improve and do things better. Because of that, we're almost always in some state of change. We embrace change. We're constantly experimenting and evolving. Sometimes the change works out well, other times it may fall a little short of the intended plan. But that's ok. We learn from our mistakes, pick up the pieces and try a different plan applying what we learned from the last time.

Isn't that the type of mentality we want to impart to our students? Failure isn't the end. There is always room for improvement. This is the type of approach you'll find used on a daily basis at Village Tech.

When I'm not at school, I'm at home, hanging out with my wife Danielle, who is also a teacher, and our two kids. My son attends Village Tech. He's in high school, which means 'yes' I do teach him in class this year which has been pretty amazing. My daughter is about to finish up high school as a National Merit Scholar. She's preparing to attend the University of North Texas, which is my old alma mater. Next year is going to be a big year for us for sure.

When I'm not grading or working on lesson plans, I'm usually creating things. While "being creative" usually isn't a problem for me, being in control of what I'm in the mood to create is still extremely unpredictable. As a result, there's really no telling what I'll be working on. I've been working on a sci-fi novel called "Deep Blue" for a number of years. Hopefully I'll finish it up some day. I might be spending time composing music or creating a digital painting (I don't have the patience to wait for real paint to dry....and it's a mess). I could be sculpting 3d figures on the computer, to be 3d printed later. Or, I may be sculpting mini-figures out of polymer clay. I might be doing a pencil drawing (I love Prismacolors), or even working on an embroidery design.

I may throw in a little gaming or reading between projects, but as a basic rule...it's a lot of creating stuff.

I've created this site for a couple of reasons. First, would be to spread my passion for creativity to others, teachers, students, adults, children. I think we could all use a little more creativity in our lives. When I say "creativity" I'm not just talking about "being an artist", creativity is about having the ability to see things in new ways; from new perspectives. In this day and age we especially need more people that can solve problems instead of just complaining about them.

Secondly, this site is about exploring ideas to push the bounds of our ancient and out-dated education model. Things need to change in education. Education should in fact take a page from it's own book, it needs to evolve. To that end, a lot of the content on this site is aimed at teachers.

Often I hear that teachers become teachers to change the world and make it a better place. If that's you, then I encourage you to be brave enough to take those steps toward change in your classroom and with your students. Invent your own ideas. They won't all succeed, and that's ok. Pick up the pieces, apply what you learned, and try it again.

Educators, if you're looking for a quick, fun game for your class that also serves to help everyone see things differently, more creatively , then try this "FUNctionality" activity. This is a game I developed with the help of my students the latter part of the year. It's been through a few iterations already and I present it in its most recent, and balanced, version. Before we begin, let me ask you this, how could you use the object in the image shown below? For most people, a single purpose comes to mind and I'll go out on a limb and assume that I don't have to describe it. However, for students playing our game, this object spawned a wide range of uses that included, cleaning up spills, writing messages, drawing circles, dressing up as a mummy, measuring the length of something and stuffing a pillow or stuffed animal. The Setup This little game doesn't take much, just literally the things you have around your classroom, and a stopwatch (you can
20 comments
Read more

The weeks are counting down and we're nearly at the end of our first Genius Hour period. Students are putting last minute touches on songs and poems. They're polishing book layouts in Adobe inDesign, furnishing virtual houses in SketchUp, and they're practicing their dance moves. As we wrap up week 8 of Genius Hour there a few special things to note. Juniors are BACK! First, is that our juniors have just returned from their nearly 2 week long professional internships with companies and organizations around the area. I was dying to circle up and hear about those experiences, but they already lost time last week and I wanted to give them as much time as they had available. I was also aware they spent a couple of hours debriefing earlier that morning. Spring Is Here Next week is Spring Break! Most students will use that time to take trips, visit theme parks, and relax, but I have heard mention from several students or groups that they still have a little work and practic
30 comments
Read more

If you have never seen Robin Williams talk about the invention of the game of golf then you are missing out on a true work of genius. It's not only a masterpiece of comedy, but it's also a brilliant demonstration of how much people love problems. Or, more specifically it shows how much people embrace the challenge of overcoming problems. Let's examine golf for a moment, the whole point is to knock a tiny ball into a slightly larger hole with a stick (ok, a club). This, in itself, could be a very simple task, that is if you started with the ball mere inches from the hole. With a quick tap of the club you could knock the ball in the hole record your perfect score of "1" and proceed next hole. But as any golfer will tell you, this is not how the game of golf is played. Achievement is most commonly found surrounded by problems. No, those first Scotsmen in their tartan kilts, understood that people get very little enjoyment from performing simple, mundane
Post a Comment
Read more