July 21, 2018
Ladies and gentlemen I'd like to talk to you about a very serious issue in our classrooms and offices today -- bullying, and how it affects brainstorming sessions. 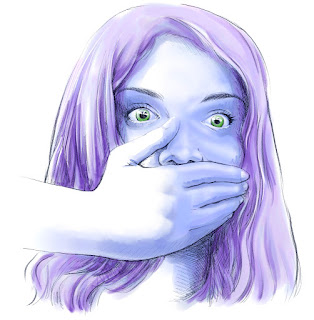 "You can't do this.", "That's terrible.", "That will never work.", "You're a failure.", "Just quit now.", "You'll never get this done.", "That's the dumbest idea ever!", "That's so stupid!". Phrases like these are heard every day during ideation and brainstorming sessions. They're mean, hurtful things and are never productive toward accomplishing goals. They tear down confidence and crush any opportunity for true creativity. People become afraid to toss out ideas. Sometimes it gets so bad they shut down and become afraid to speak out at all.

This is what happens when creative bullies are allowed into a brainstorming session.

One easy solution would be just to "not invite the bully" to the session at all. Truth be told, more often than not, they were never invited in the first place, they just "show up".


In order to have a truly creative session, you must keep the bully out of the room.

But what if keeping the bully out wasn't as simple as closing and locking the door? What if it was always there, lurking, waiting to take control.

See, "the bully" I'm referring to above isn't exactly just another person. I'm talking about that bully in the deep dark recesses of your mind. It's that bully of self-doubt and fear that, let's be honest, is going to show up at some time or another, even in the most creative people. It isn't concerned with deadlines and it certainly isn't interested in finding solutions.

So, how do you deal with something that is inherently a part of you? How do you make sure that you remain in control so it doesn't control you?

Below are a few tips and things you should be aware of before joining your next creative brainstorming session.

There Are NO Bad Ideas

This is the #1 rule of brainstorming sessions. If it's not emblazoned on a poster in the room then the moderator of the meeting should announce it at the very beginning. If the moderator fails to do so, feel free to make the point yourself. Brainstorming and ideation is all about getting as many ideas on the table as possible. Therefore, while some ideas may be humorous and spark laughter (see the note on laughter below), no ideas should be shunned or be made to felt inferior. You should feel confident that you can toss out any idea without it being judged as "bad" or "stupid".

You Already Have Value

That's right, SURPRISE, you are already valued. People care what you think and want to hear your ideas. Want proof? You were invited to the session. You are there for a purpose, so don't waste that time sitting in silence. If you ever hear your bully ask, "Why am I here?" then tell it, "I'm here to add value to the discussion, so get out of my way."

Write Down Your Idea

Be sure to bring a notepad and something to write with. Often, you'll be hit with an idea while listening to someone else's idea (that is, after all, the entire point of brainstorming together...so you can synergize as a group). If this happens, be sure to jot your idea down on paper. Otherwise, it may drift away to the Island of Lost Ideas (I have several ideas currently vacationing there). You're the only person that needs to read and translate it, so it might be something as simple as a bullet point, a word or even a rough sketch. You're basically making a mental bookmark for the idea. Just be sure that whatever you scribble is enough to make you remember it.

Documenting your idea is important for a couple of different reasons. First, as I've stated, you don't want to forget the idea. During a really active session it's very easy to hear another idea and lose yours in the process. But also, you do this out of courtesy for the other person speaking.

If you're focusing your brain on remembering your idea, then you're not really paying attention to the current idea being discussed.

Listen to the person speaking. Once discussion about that idea has concluded pitch yours. Don't hijack an idea before everyone has time to talk about it.

During a brainstorming session there is no "expiration date" on ideas. If you miss an opportunity to speak and your idea revolves around something that was said three ideas ago you should still feel comfortable pitching it.  You may just have to being with, "A few minutes ago we were talking about X and I had this idea..."

Some ideas are going to be funny and they may generate laughter from the group. Never mistake laughter of an idea with laughter at an idea. If the group is sticking to the #1 rule (no bad ideas), then no one should ever be laughing at an idea, meaning they think it's a "silly", "bad", "stupid" idea.  They're laughing because the idea sparked an uncontrollable emotion.

If you're able to generate an emotional response while pitching an idea, that's no small accomplishment.

I've seen plenty of ideas that were initially laughed at evolve to very creative solutions. However, I've also seen people suggest an idea, which in turn spawned rolling laughter which they mistook as judgement of their idea. They stayed silent the remainder of the session.

Remember that the goal of a brainstorming session is to generate a wide variety of ideas. I've witnessed brainstorming sessions fall short because a good idea, that seemed perfectly on target, was one of the first ideas pitched. It seemed like an obvious solution so the group spent the next hour iterating and fine tuning that idea. In the end they had an idea, and it wasn't bad, but by focusing on that single early idea, and not exploring a broader range of ideas at the start, they may have missed out on that AWESOME idea.

When you're brainstorming the first quarter of the meeting should be spent generating as many ideas as possible, the obvious one, the crazy ones, the funny ones. Otherwise, it's like going to a restaurant and only deciding what to order from the "Appetizer" section of the menu.

One tip on this matter is don't compare your idea to others, just get it out there so the group can hear it and talk about it.

If you've already asked the group not to judge your idea, why would it make sense for you to kill the idea yourself before it even has its chance?

Hopefully some of the points above will give you something to think about before or during your next brainstorming session. Remember the big ones: 1) there are no bad ideas while brainstorming and 2) you already have value and people want to hear your ideas, otherwise you wouldn't be in the session in the first place.

Good brainstorming sessions are energized, loud, a little (or a lot) chaotic and FUN. They are a blast to be a part of! It's an amazing experience to synergize with a group of people and watch the ideas develop and evolve to an effective/original solution.

Above all else, remember that "the bully" that has the ability to silence your awesome ideas isn't that big kid that takes your lunch money. He's not some power hungry office manager climbing his way up the corporate ladder. "The bully", is in you. Ultimately, it's up to you to decide to contribute and participate or not.